As the unemployment rate declines, there is a worry that wage growth may accelerate and lead to a wage-price spiral, forcing the FOMC to raise rates rapidly.  Although possible, the key issue is slack in the labor market.  Based on the unemployment rate, there would appear to be little; based on the employment/population ratio, employers should still be able to find workers without having to raise wages to attract them. 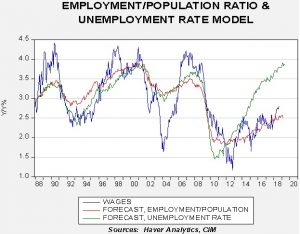 There were four periods in the past that met this criteria. 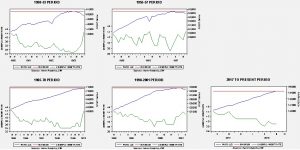 So, what does this mean for markets?  This analysis shows that slowing payrolls won’t necessarily offer a better signal for weakening labor markets than rising unemployment.  And, for now, the employment/population ratio is a superior measure of slack.  Based on this analysis, there is probably more room for additional increases in the labor force before wage growth accelerates.