The availability of ample investment capital is vital for economic growth in both rich, well-developed countries and poorer developing nations.  However, if the available capital is poorly utilized and/or debt levels get too high, the results can be quite negative.  In such a situation, economic growth can slow as companies and individuals struggle to make their debt payments.  Economic shocks can cause companies, individuals, or governments to miss their payments and go bankrupt, potentially sparking a financial crisis and damaging the country’s financial system.  High debt levels in China have been especially concerning for years, so it may be useful to review the latest data on that country from the Bank for International Settlements. 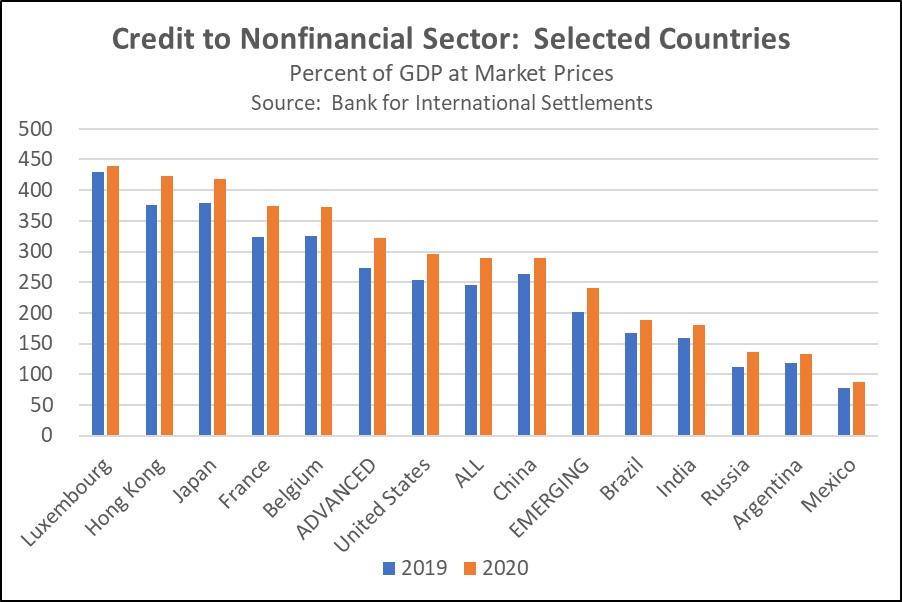 This high reliance on corporate debt marks a new strategy for China.  During the Global Financial Crisis of 2008-2009, Beijing relied primarily on government fiscal spending and public borrowing to support the economy, but that left many government entities burdened with debt for years afterward.  In contrast, Beijing’s approach to supporting the economy during the 2020 coronavirus pandemic was to channel funds through the business sector to keep workers in their jobs and maintain production to the extent possible.  The resulting boost to debt in the corporate sector was even bigger than the increase in debt within the government sector, as shown in the chart below. 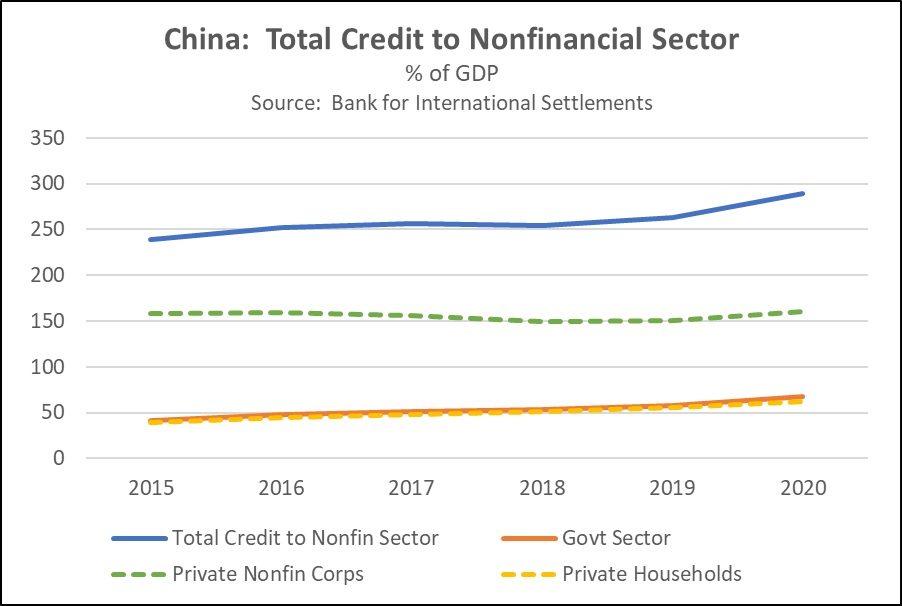 Because of the boost in credit to the corporate sector last year, Chinese companies may now be hobbled by their high debt levels, especially if interest rates rise or the worsening U.S.-China geopolitical rivalry further crimps Chinese trade flows.  This is one reason why we have taken steps to limit our exposure to China in our asset allocation strategies.  In our view, China’s combination of high corporate debt levels and increased regulatory risks related to potential capital flow restrictions should argue for below-benchmark weightings to the country.