(N.B. Due to the Thanksgiving Day holiday, the next report will be published on December 2.)

Oil prices have been struggling this week, testing support $79.50. 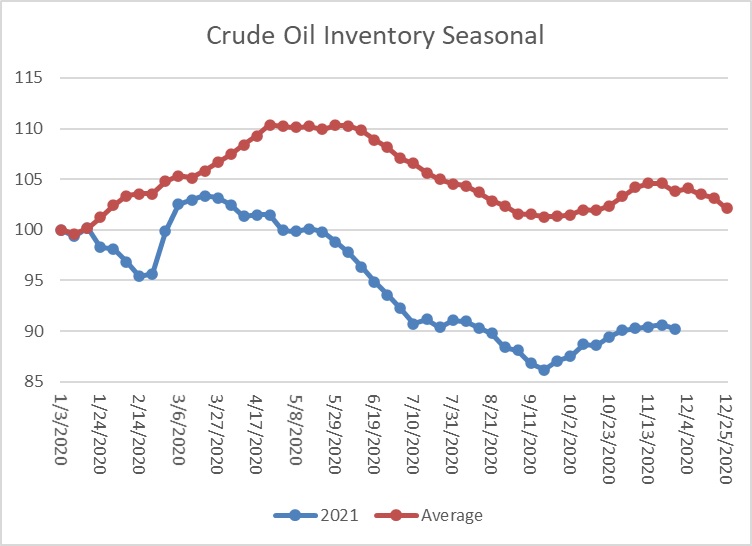 This chart shows the seasonal pattern for crude oil inventories.  We are nearing the end of the autumn build season.  Note that stocks are significantly below the usual seasonal trough.  Our seasonal deficit is 70.0 mb.

Based on our oil inventory/price model, fair value is $63.80; using the euro/price model, fair value is $56.63.  The combined model, a broader analysis of the oil price, generates a fair value of $59.77.  Across all models, the current price of oil is overvalued.  The biggest concern has been dollar weakness, which is creating a serious divergence in the model.  Although we have been bearish about the dollar because of purchasing power parity factors, we suspect foreign governments prefer dollar strength and are taking advantage of the benign neglect of U.S. dollar policy.

One factor we are watching is that the trend in unaccounted for crude oil is elevated.  The most likely reason is that production levels are being underestimated, and, if so, the 12-week average would suggest that production is +0.5 mbpd higher than being reported. 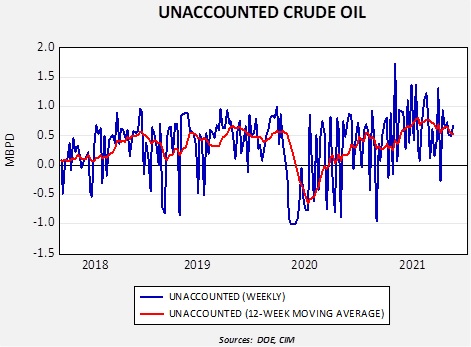