The OPEC+ agreement led to a deep selloff in oil prices, but the decline has attracted new buyers. 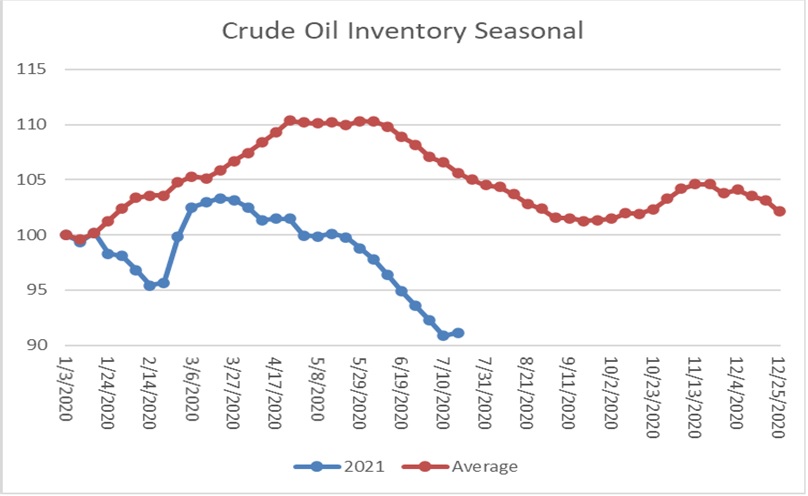 This chart shows the seasonal pattern for crude oil inventories.  We are well into the summer withdrawal season.  Note that stocks are well below the usual seasonal trough seen in early September.  A normal seasonal decline would result in inventories around 550 mb.  Our seasonal deficit is 79.6 mb.  At present, inventories are falling faster than normal.